Showing posts from July, 2019
Show all

1 August Society News and Activities It has not been a “lazy” summer for hard-working Society volunteers.  At a Special Membership Meeting, July 13, at the Black Diamond Library, the Bylaws Committee presented proposed new Bylaws for the Society.  Over the past year, the Bylaws Committee ably led by Dorothy Pretare with Marilyn Schunke and Valorie Zimmerman devoted countless hours of study and thought into developing a completely new governing document for our Society.  The members present adopted them after an active question and discussion period.   The next step is the adoption of Standing Rules at the Board Retreat on August 24th.  The proposed new structure will require many new volunteers to distribute the work required to achieve our mission of furthering genealogical research and promoting interest in family and local history.  Please say yes when I call you to request your participation.  Better yet, do not wait for me to call you, call me and volu
1 comment
Read more 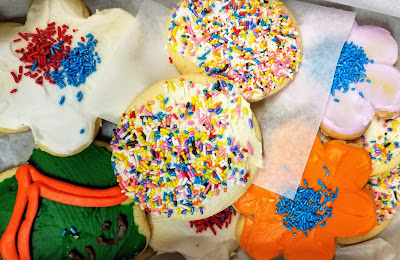 by Valorie Zimmerman You're busy, I know. You barely have time to do your genealogy work. So why would you take on yet another job? It's really quite simple. Think about how you want to make the world a better place, and make your life richer and more valuable. Working with partners whom you respect has a lot of value in itself. However, bringing a big project to fruition with those people feels incredible! And there is still time to do genealogy research. Almost a year ago, two women whom I barely knew - Dorothy Pretare and Marilyn Schunke - and I began meeting to review and improve our society bylaws. Looking back, I see that we were extraordinarily well matched for the work, although we didn't realize that at first. Fortunately they both knew how to start, which was with lots of research. We reached out to our contacts in and out of SKCGS, to get our Articles of Incorporation, all the old SKCGS Bylaws we could find, as well as many other Washington and US so
Post a Comment
Read more

How Many Siblings? Let Me Count the Ways….

By Kathleen MacLeod Hanzeli On 23 April 1991, my father in law, Victor E. L. Hanzeli, died.  He was 65.  He was born in Budapest, Hungary on 21 October 1925, an only child.  He lived through the Nazi occupation and the siege of Budapest, which was the second longest of World War II (102 days.)  He had been a seminary student in Vienna, but due to the war he wasn’t able to complete his studies there.  Instead, he returned to Budapest, met my mother in law, escaped (with accompanying stories the likes of which movies are made!) with her and her parents and sister to the West in 1947, moved to New York City via Salzburg and Paris and eventually settled in Bloomington, Indiana, where my husband and his sister were born.  Later they came to Seattle, where they contributed three more children to the good of society.  Victor completed his studies, earning his Ph.D in Romance Languages and Linguistics at Indiana University in Bloomington and became a professor at the University of Washi
1 comment
Read more

By Linda Blais At our June meeting, Mary Kathryn Kozy gave us some practical tips for preparing to take a genealogy research trip.  Listening to Mary brought back memories of the last research trip I took to North Carolina and Tennessee with my cousin who acted as my research assistant. It also brought up some "aha" or "oops" moments on a couple of things that didn't go quite as planned, even though I had spent months preparing my itinerary. Here are some basics about the trip. My goal was to visit as many historical sites, libraries, museums, courthouses and archives as I could in 10 days that were relevant to the life of Sarah Barton Murphy, who lived in North Carolina as a child between 1753 and 1760 and in Tennessee as an adult between 1781 and 1802.  She is not my ancestor, but I am in the process of writing a biography about her. Her claim to fame is that she founded the first Sunday school west of the Mississippi in 1805. The research I do for an anc
Post a Comment
Read more

Winning the West—One Stump at a Time

By Gordon Stowe—February 10, 1968 View from the farm property, overlooking Coeur d’Alene Lake, Kootenai County, Idaho I remember of Dad clearing the field north of the house. I think the orchard area had been cleared before – but to this land clearing – I only wish I had the words to explain the hard, manual labor involved.  It was my job to bring Dad a drink of water (in a 2 quart lard bucket) mid-way in the morning and again in the afternoon. He was grubbing out the brush, small trees and etc. Not only the brush had to be removed, but the roots as well, (big ones). This land had to be broken with a horse-drawn plow and you didn’t have any other power here, so you had to have it in good shape before you started with the plow. His procedure was to walk backwards into a clump of brush, push hard against it to lean it back a little and so he could stand straight, raise the grub-hoe over his head and swing it sideways and also glance back – to be sure he didn’t take a mighty
1 comment
Read more
More posts